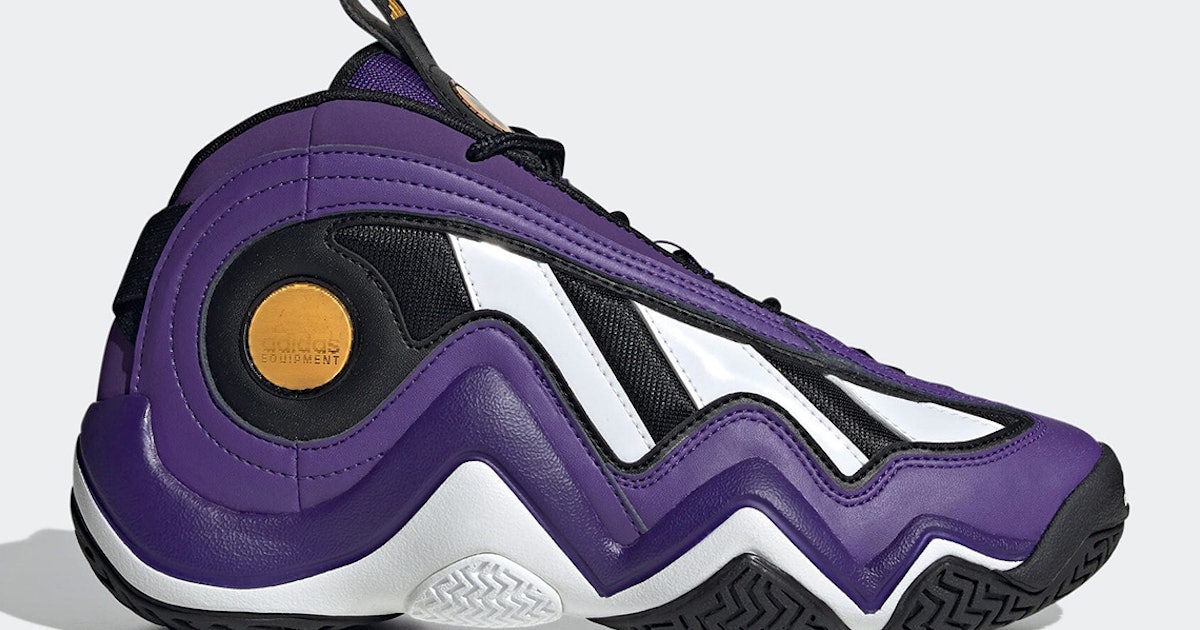 Adidas returns to the very beginning of its relationship with Kobe Bryant to reissue its first NBA shoe.

The EQT Elevation, later renamed Crazy 97, is set to make a return next month in two color variations reminiscent of Bryant’s victory in the 1997 Slam Dunk competition. The first is the same purple, white and yellow pair that ‘he wore when capturing the trophy in his rookie season. An all-new color scheme will also debut in blue, orange, and silver, the same colors used in the 1997 All-Star Weekend logo. (Unlike in previous years, players wore their respective team uniforms instead of the stars’ jerseys).

Both versions of the Crazy 97 are set to release in February, and you can bet they’ll arrive in time for the All-Star Game on February 20. For Bryant fans, this will be an opportunity to indulge in the very genesis of his sneaker history – even before changing allegiance to Nike and creating a sneaker line with 11 models.

Feet he wore – When first released, the EQT Elevation was one of the first sneakers from Adidas to boast â€œFeet You Wearâ€ technology. The technology came from a third-party designer who decided to mimic the shape of a foot with a rounded sole instead of hard edges. With a wider, lower platform, Feet You Wear helped keep players from rolling their ankles – and Adidas would later bring back forms with new Boost cushioning over the next decade as â€œBoost Youâ€. Wear “.

The EQT Elevation itself also featured non-marking soles and a sturdy synthetic leather upper for added stability. Because a 17-year-old Bryant wore them during his rookie year, the figure associated with Bryant more than anyone and was reissued in 2013. At the time, no NBA sneakers looked like him – but now Feet You Wear has added to its legacy by inspiring Kanye West’s Yeezy 500. Even if you didn’t know it, the EQT Elevation or the Crazy 97 are as much a part of Bryant’s history as some of his most famous sneakers.

This article was originally published 2 hours ago