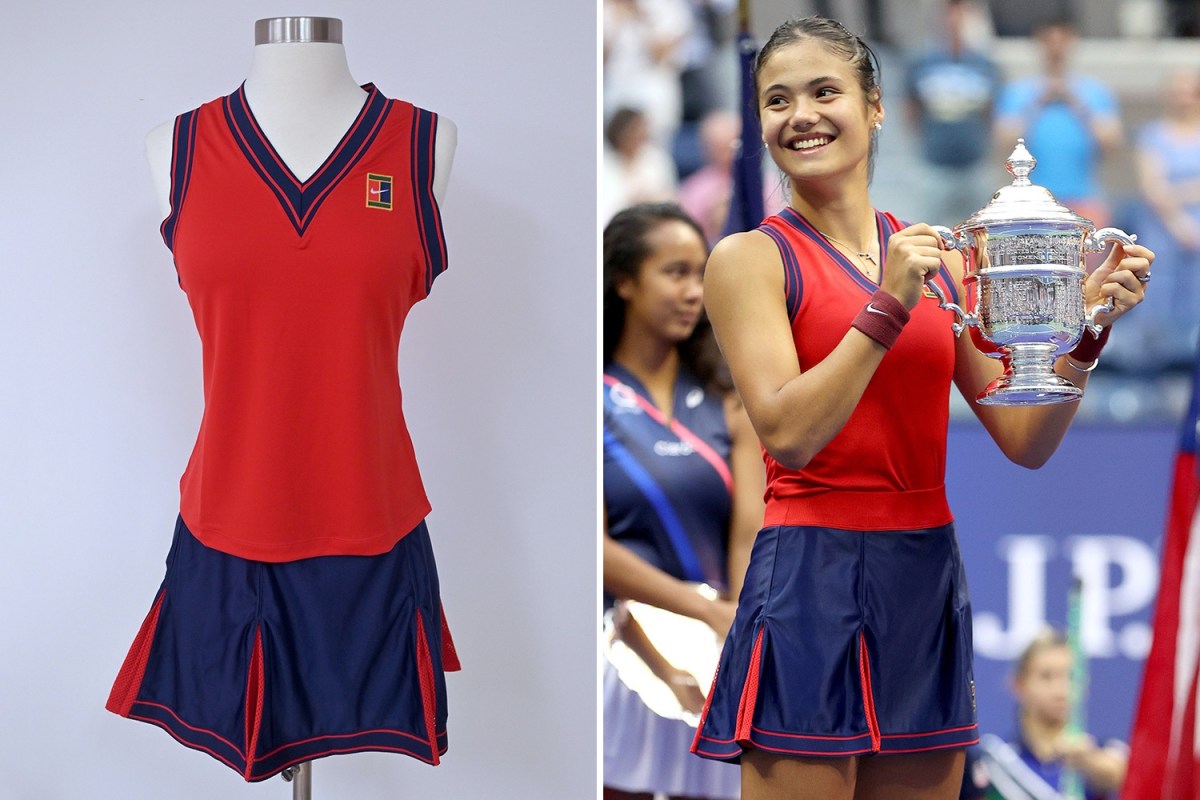 EMMA RADUCANU donated the outfit she wore during her US Open triumph at the Tennis Hall of Fame.

Raducanu became the first British woman to win a major singles title in 44 years when she beat Leylah Fernandez in the final earlier this month.

The 18-year-old sensation decided to commemorate this historic achievement by displaying her Nike outfit at the Tennis Museum in Newport, Rhode Island.

The Tennis Hall of Fame tweeted: “A legendary trail: preserved.

“Thank you, @EmmaRaducanu, for donating your memorable #USOpen outfit to the ITHF collection!”

Raducanu’s outfit joins thousands of tennis memorabilia dating back to the 1880s.

This includes the kit worn by some of the sport’s biggest legends like Martina Navratilova, Billie Jean King and Tracy Austin.

This is also where tennis fans can find Roger Federer’s hologram, which showcases the movements of the Swiss legend and makes him talk about his passion for the sport.

Raducanu will soon be able to extend his legacy after climbing 128 places to 22nd in the world rankings.

The British No.1 has decided to take part in the Australian Open even though it means she will be spending Christmas away from home.

Raducanu said: “Whatever needs to be done to be able to play against the Australian, I will.

“It’s not even in my mind, I just want to be at the Australian Open, and I want to compete there, so anyway, I’ll go.”