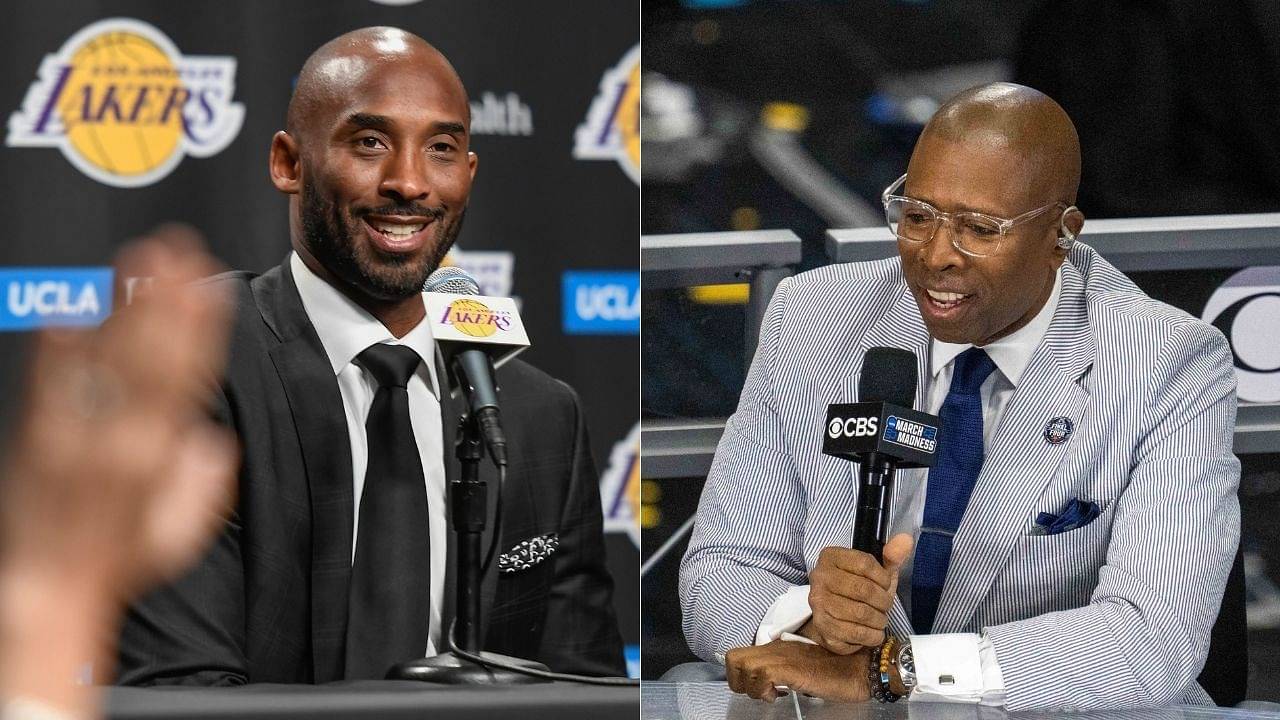 The “Inside the NBA” showrunners went above and beyond with a parody video of Kobe Bryant jumping over an Aston Martin, with Kenny Smith.

Kobe endorsed Adidas during his early years as an NBA player, getting his own line of shoes with them. He then signed with Nike, where he rewrote his sneaker legacy with some truly amazing releases over the years.

Many Mamba enthusiasts rate the Zoom Kobe 4 shoes as its all-time best version. It was a revolutionary shoe for basketball enthusiasts, as popular belief at the time was against low shoes.

The Zoom Kobe 4’s success in the field has proven to be a model for other low-ankle shoes.

This 2008 shoe was also accompanied by a video to facilitate its marketing. Bryant was shown jumping over a soaring Aston Martin. He didn’t actually perform the stunt even though he was able to, as it would have been a breach of his NBA contract.

However, basketball fans have always found it to be a great advertisement, and it has gone viral. It also made its way onto TNT’s post-match broadcast.

Also Read – Arnold Schwarzenegger Calls Kawhi Leonard the Terminator! The Clippers superstar shot a promo with the former governor of California for his movie ‘Terminator’

Kobe was interviewed by Team ‘Inside’ after Game 2 of the 2008 Lakers vs Nuggets First Round Series. Ernie likes to pretend otherwise these days.

In this particular case, the Neat-o-Stat of the night featured the Aston Martin ad from Kobe. And this is where the genius of the producers of the series comes in.

Ernie turned it over to Kenny Smith after the publicity, and the former Rockets goaltender began promoting his own shoe. And before you knew it, the crooked-kneed guard had accepted the Aston Martin challenge for himself.

Also Read – I Would Have Been Kobe Bryant’s Michael Jordan’s Scottie Pippen. Tracy McGrady on if he’d joined forces with Kobe Bryant and Shaquille O’Neal in LA

As Kenny lines up and prepares for the jump, he gets run over by a speeding Aston Martin. A classic “Inside the NBA” moment with a legendary guest!