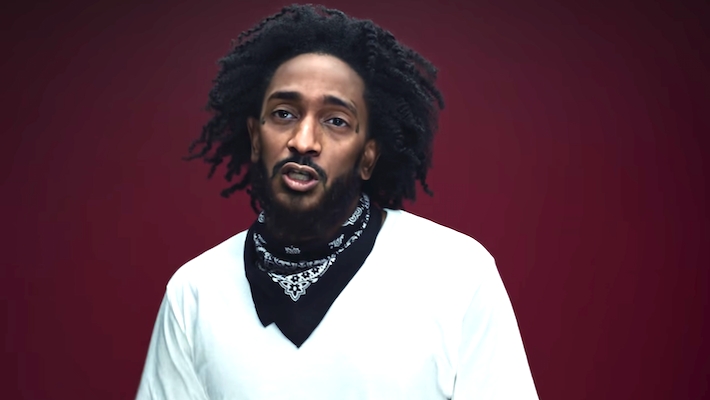 Four days before his fifth album Mr. Morale and the Big Steppers is about to arrive, Kendrick Lamar made a big comeback on Mother’s Day with “The Heart Part 5.” The song is the fifth installment in Kendrick’s “Heart” series which debuted in 2010 and was last updated with “The Heart Part 5” in 2017. The song is long as it lasts just over five and a half minutes, but through it Kendrick talks about black culture and how he sees it these days. In a video attached to the song, Kendrick uses deep forgery technology to transform into multiple faces, including OJ Simpson, Kanye West, Jussie Smollet, Will Smith, Kobe Bryant and Nipsey Hussle.

One of the biggest moments of “The Heart Part 5” comes during the song’s third verse. Here, Kendrick pays tribute to the late Nipsey Hussle and raps from his perspective to close the song. From Nipsey’s perspective, he indirectly reflects on his contributions to his community, rapping:

“Reflecting on my life and what I’ve done
Paid dues made the rules change for love
These same views cause schools to change curricula
But then change to look at the barrel with a gun
Do I feel resentful I haven’t seen my full potential?
Should I regret the good I was in?
Everything is everything, it’s not a coincidence”

A few bars later, it becomes a little clearer that Kendrick is rapping from Nipsey’s perspective:

“To my brother, to my children, I am in heaven
To my mother, to my sister, I’m in heaven
For my father, for my wife, I’m serious, it’s paradise
To my friends, be sure to count them as blessings
To my fans, be sure to make investments in them
And to the killer who hastened my death
I forgive you, just know your soul is in question
I saw that pain in your pupil when the trigger pulled
And even though you made me horrible, I was surely relieved
I completed my mission, I wasn’t ready to leave
But filled my days, my creator was content”

And Sam, I’m watching over you
Make sure my kids watch all my interviews
Make sure you live our dreams that we produced
Keep that genie in your brain moving
And in my neighborhood, let the good prevail
Make sure babies and leaders get out of jail
Seek salvation when problems get real
‘Cause you can’t help the world until you help yourself

You can listen to “The Heart Part 5” in the video above, and you can read some fan reactions to the verse below.

“Though you made me horrible, I was surely relieved / I completed my mission wasn’t ready to go / But filled my days, my Creator was happy”

-Kendrick Lamar raps from the perspective of Nipsey Hussle talking to the man who shot him. Chills.

Kendrick Lamar rapping as Nipsey for us about Nip is one of the coolest things I’ve ever experienced as a Hip Hop fan.

This mf is on another level

Mr. Morale and the Big Steppers was released on 05/13 PgLang/TDE/Aftermath/Interscope.