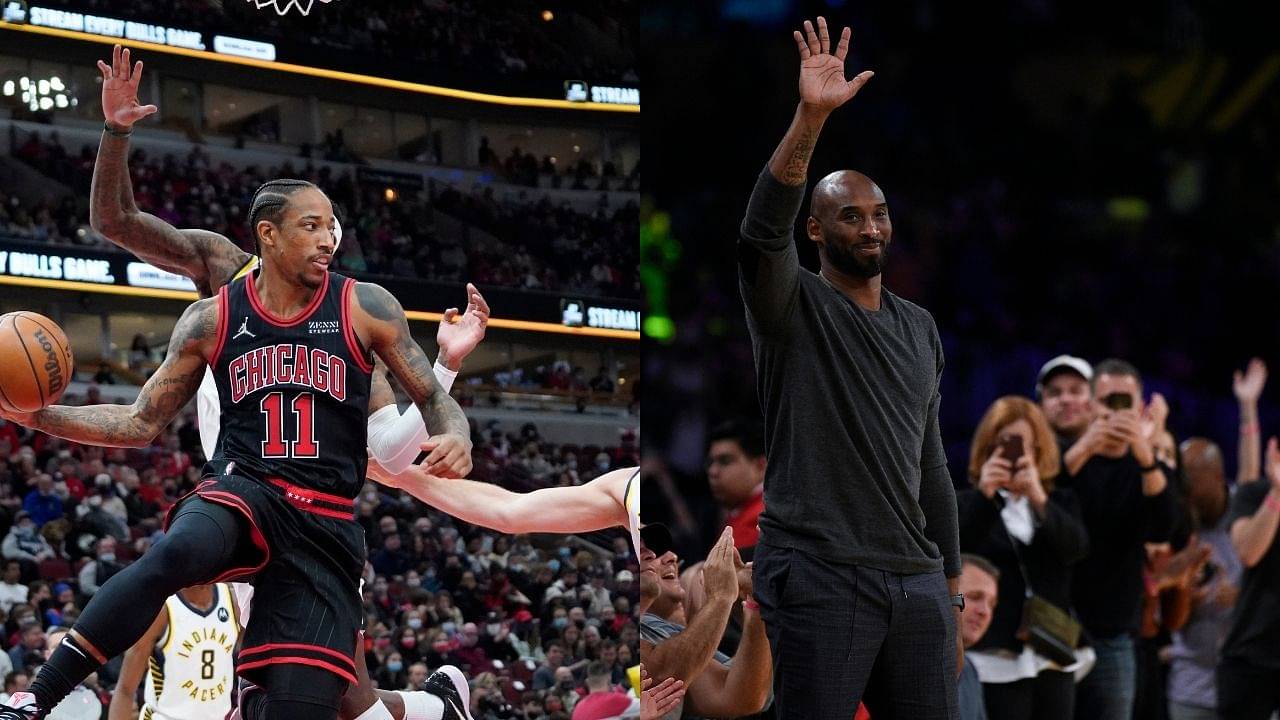 Bulls forward DeMar DeRozan talks about the impact the late Kobe Bryant has had on his career. Deebo had access to some of Nike’s never-before-seen Mamba editions while in high school.

DeMar DeRozan has had a stellar season, with many suggesting his name is in the MVP race. The Bulls forward is averaging 27.0 PPG, 5.1 RPG and 4.4 APG with 50.6% shooting from the field. The Bulls currently hold a 21-10 record and are the second seed in the Eastern Conference.

The Windy City team are one of the best contenders in the East, playing excellent basketball. The arrival of DeRozan has been a blessing in disguise for the Bulls franchise, which has struggled to be in the playoff contention for some time. His ability to perform clutch shots has been the highlight of his season.

DeRozan has developed one of the best midrange games in the league, taking inspiration from his mentor, the late Kobe Bryant. The Bulls forward game has Black Mamba imprints all over it.

Also read: ‘It Was Like Riding A Bike Or Just Being On Your First Day Of School Again, I Missed It’: Kyrie Irving Speaks To Media Ahead Of Returning To Brooklyn Nets Camp

During an appearance on The Knuckleheads podcast, DeRozan opened up about Kobe’s impact on his life and how he had access to some of the Mamba’s never-before-seen kicks.

DeMar DeRozan talks about Kobe Bryant as his inspiration to pick up basketball.

Growing up in LA, it was obvious DeRozan was a Lakers fan. The thirty-something embodied his game around the Black Mamba. DeRozan was sixteen when he started training with the Lakers legend, who taught him the basics of basketball.

“Other than my dad putting the ball in my hands, Kobe was my imagination to play basketball. Obviously I’m a Jordan fan, but being from LA, being really seven / eight, really watching and understanding playing basketball, it was always Kobe. That’s what gave me my imagination to go into the living room and do the shoulder shake and the fadeaways. You know, I got an emotional connection with my favorite player through television, and at the age of sixteen, you know, every summer I’m with him. Working with him, playing with him and in the offseason getting words and preparation from him, so Kobe was basically my everything. You know my core work was coming from him, just looking at him.

With Nike halting production of the iconic Mamba shoes, fans of the Lakers legend have struggled to source some of the few remaining pieces on the market, which are sold at exorbitant prices. However, DeRozan appears to have stored a fair amount of it and is influential enough to maintain its supply.

The Bulls forward has been wearing Mamba shoes since his high school days. Kobe wanted to have a set of players representing the Mamba shoes, and Deebo was the first in line.

“It’s probably my last year in high school, he gave me a lot of his shoes to wear, some shoes that hadn’t come out yet. He gives me exclusive shoes, and I’m like my brother, and people couldn’t believe it. As if a lot of people don’t believe it. It was crazy because he was still very attached to the fact that I had shoes. Even if you go back to my college, he made sure USC was sponsored by Kobe. So we wore the Kobe scabbards and had our own colourway when I was in college. From the relationship we had, it all started from high school and continued until I got to the league.

When asked what her favorite pair of Kobe’s iconic shoes was, The Ones replied, DeRozan.

Read also: “I think I could have blocked Kareem Abdul-Jabbar’s skyhook several times”: Shaquille O’Neal supports himself to stuff the Lakers GOAT, Isiah Thomas does not agree

DeRozan is just one of the many transcendent talents that Kobe has mentored. Players like Jayson Tatum and Devin Booker epitomize Kobe’s mamba mentality.