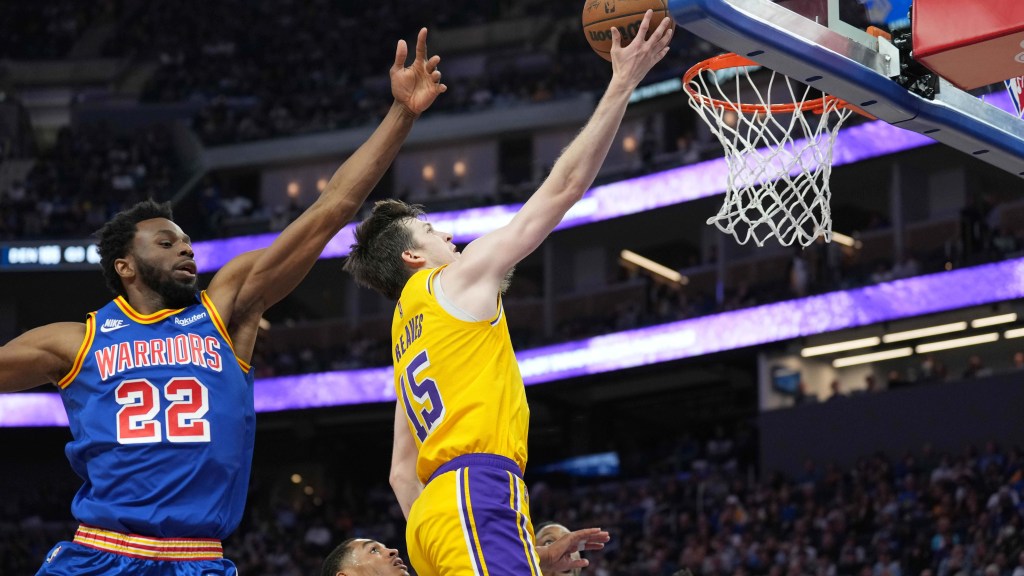 Los Angeles Lakers guard Austin Reaves may still have a ways to go before he realizes his potential as a professional basketball player, but he’s already getting noticed.

In fact, he just signed a pretty lucrative sneaker deal.

Was it with Nike, Converse, Adidas or Under Armour? No.

The rookie has signed a deal with Rigorer, a China-based company that describes itself as a “sporting goods brand specializing in basketball products and offering a wide range of protective gear.”

While Rigorer may not be a top sneaker company, it’s still an achievement for an undrafted player who wasn’t supposed to become a rotational player in the NBA.

It will be the headliner of the War Ender 1.0 Pro shoe next season. pic.twitter.com/ZuX8tMd7pR

Some of Reaves’ fellow Lakers have displayed their excitement for his new contract on social media.

Austin’s teammates are excited about his new status as a shoe endorser. pic.twitter.com/b2148wMA4A

This shows observers the power of the Lakers brand, which is still the biggest and most famous in the world, thanks to its 17 NBA World Championships and its iconic players such as LeBron James, Magic Johnson, Shaquille O’Neal and Kobe. Bryant. .

Bryant, of course, was an extremely famous and beloved figure in China during his playing days and helped popularize the sport of basketball in this country.