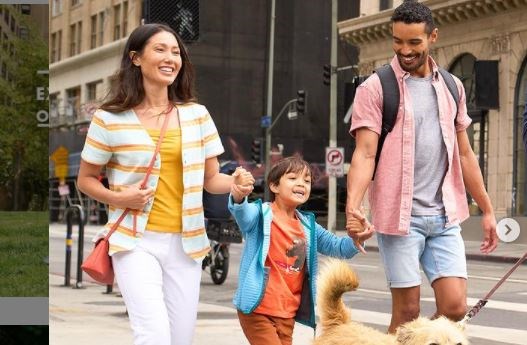 As more grocery stores open in Burnaby’s Amazing Brentwood Mall, another clothing giant is about to roll.

The little Victory Bakery just opened at the mall, and now LLBean has announced that their mega-store will open on November 5th, with a great selection of comfy and outdoor clothing.

This store joins H&M, Nike, Adidas and other clothing companies, as well as Sephora cosmetics.

The Amazing Brentwood has built three residential towers, but will ultimately have 13 in total on the 28-acre property in Lougheed and Willingdon. As part of the first phase, 1.45 million square feet of retail space was built.

On the north side of the skybridge is Tables, a chic 780-seat food court that outshines most mall food courts and includes an outdoor patio. The north side also includes the oldest wing of the mall which includes London Drugs. Below are new companies such as Nike and Adidas

The south side is completely new construction.

The lobby is something that will leave you speechless due to its size and reach.

Inside the gigantic building are a variety of different features.

There are fun options like Cineplex’s new five-screen VIP cinema room and its Rec Room entertainment complex that features everything from video games and pool tables to virtual reality.

There are lifestyle features like a fitness center, brow bar, and hair salon.

Then if you step outside you’ll find the huge outdoor plaza that features stores like the new Sephora that just opened, a large Starbucks, as well as future restaurants like La Taqueria and Gram pancakes and Earls. It will be a hub of activity and will host a variety of live entertainment shows using its special deployment stage. EPO, an all-day breakfast spot, has already opened and other dining options are still in development. But once this phase is over, you can walk anywhere in Amazing Brentwood and still find a restaurant. There is even a McDonald’s on two floors.

So there is still a long way to go, but now that COVID-19 vaccinations have ramped up and the province has established a restart plan, progress in opening new stores is accelerating rapidly.