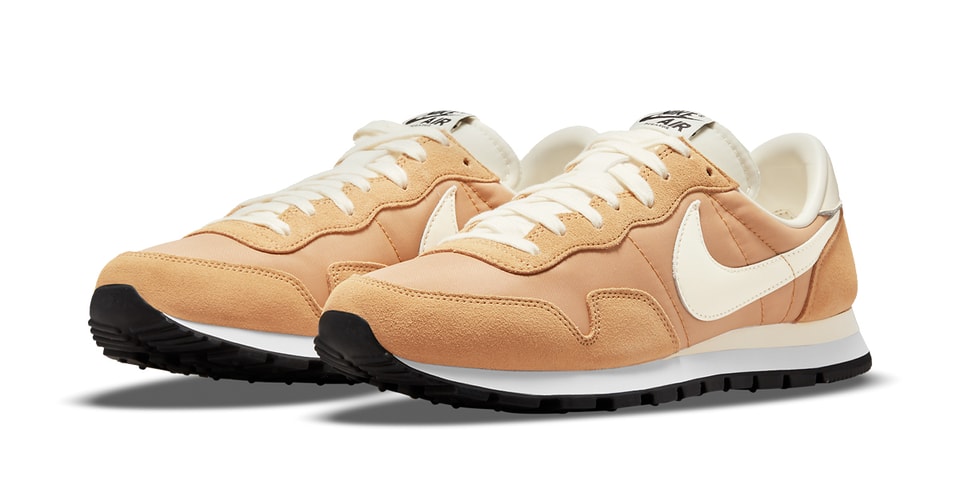 When First introduced the Pegasus in 1983, it was billed as the “shoe for all runners,” a versatile and adaptable style that could withstand anything thrown at it. Today, nearly forty years later, the Pegasus line is still on the move – and its very first model, the Air Pegasus ’83, has seen a second life as a casual favorite. After surfacing in “Blue Void” and “Stone” makeup earlier this year, the heritage runner has now appeared in “Twine,” a tan makeup similar to a work boot.

The Air Pegasus ’83’s rugged nylon and suede makeup lends itself well to earthy color combinations, and here the shaggy overlays and sleek base layers are dressed in bronzed tones. These hues are offset by an off-white shade dubbed “Coconut Milk” that settles over the large midfoot Swooshes, heel tabs and nylon tabs. The black branding on the tongue labels and heel tabs adds a touch of style to the upper half, while the two-tone white and beige midsoles sit on Bill Bowerman’s famous black waffle outsole to complete the look.

Expect the Nike Air Pegasus ’83 “Twine” to release on August 21 via the Nike online store and retailers like Asphalt Gold. Its MSRP is set at $ 100.

For more information on upcoming sneaker releases, check out the latest installment of HYPBEAST’s weekly list of the best shoes.