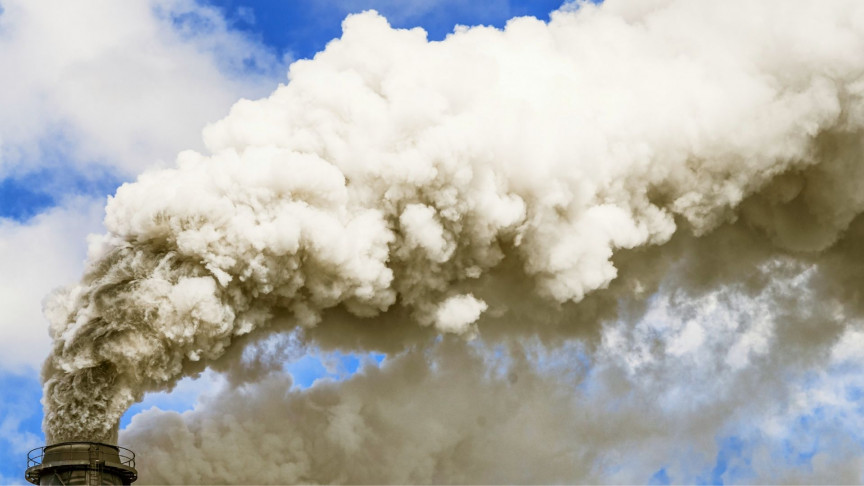 Nike is making progress in the world, if you can believe it.

The sportswear giant has made shoes from waste before, but now plans to use greenhouse gases as a material source for Nike shoes, according to a recent press release.

While, yes, carbon-based shoes will be biodegradable, this is also an interesting example of large companies reducing their own “carbon footprint”, instead of convincing individuals to blame themselves for climate change.

It comes with a new announcement from Nike of a new partnership with Newlight, which is a biotech company focused on developing a way to convert carbon into an alternative to plastic and leather. Newlight has an exclusive AirCarbon material which is something more than carbon neutral: it is literally carbon negative because it is bio-based and 100% biodegradable. “AirCarbon offers an opportunity to further reduce our impact on the planet,” Nike Chief Sustainability Officer Noel Kinder said in a press release. “Materials represent 70% of Nike’s total carbon footprint, and we are stepping up our efforts and exploring new opportunities in this space because in the race against climate change we can’t wait for solutions, we have to work together and create them. “

To make its AirCarbon, Newlight extracts microorganisms from the oceans that feed on oxygen and carbon to transform it inside their body into polyhydroxybutyrate, also called PHB. After 10 years of maturing in their craft, the company discovered how to dry PHB into a white powder which can then be melted into many useful shapes, like sheets, fibers and even solid shapes. At the time of writing, the company has two retail brands capable of implementing AirCarbon, in two of the most waste-intensive industries. One of them, Covalent, uses Newlight’s AirCarbon to produce wallets, handbags, sunglasses and tech accessories, while the other retailer, Restore, makes AirCarbon cutlery and straws.

Of course, Newlight doesn’t expect to save the world in just one exercise. But it’s an ambitious method to proliferate more climate-conscious practices from top to bottom. “Our mission is large-scale change, and there are few better partners in the world than Nike to help us make it happen,” said Mark Herrema, CEO of Newlight. “We are excited to explore how AirCarbon can help Nike decarbonize its products and meet its ambitious carbon reduction targets.” To be clear, this is a good thing. The clothing and accessories industries produce an unreasonable amount of greenhouse gases, with the fashion industry alone accounting for around 10% of global carbon emissions and almost 20% of wastewater, according to a report from the BBC.

However, one should always beware of trendy slogans like ‘carbon footprint’, since the term was coined by a British Petroleum payroll PR firm, precisely to help them convince us, individuals, to blame ourselves and our impact on the environment, instead of the fossil fuel companies which account for the overwhelming majority of the blame for the environmental catastrophe currently sweeping the world with massive fires, unusually extreme weather conditions, the death of animal species and the rise in mean sea level. This means that Nike is partnering with Newlight to make shoes directly from carbon waste, instead of just telling consumers to blame themselves for their shoes. toxic spending habits, is a net good in a rapidly warming world.