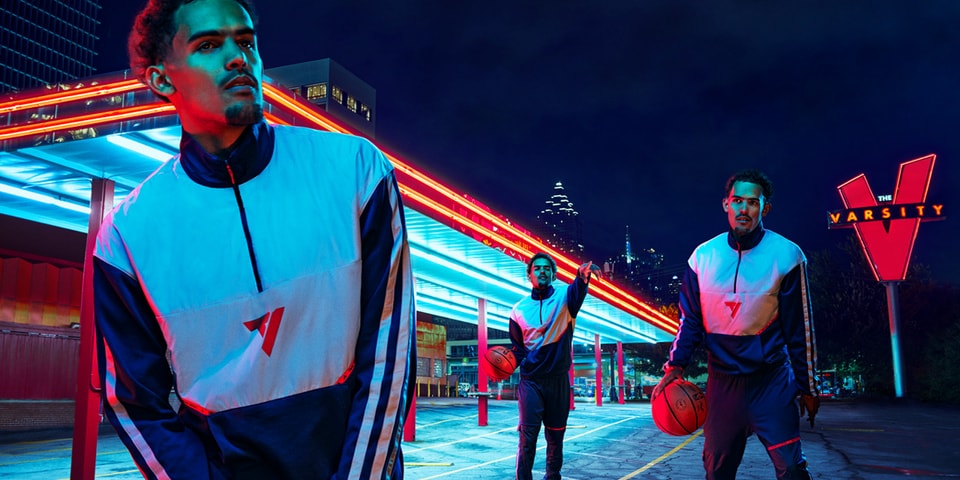 After months of waiting, Atlanta Hawks point guard Trae Young is set to launch his first signature shoe with – the Trae Young 1. “Trae embodies the mindset of limitless potential,” Adidas Basketball chief executive Eric Wise said in a statement, adding that Young continues to “blame the critics and create a new one. space for himself and the game “.

The superstar has worked closely with the Three Stripes on various aspects of the collection, with a particular focus on the city of Atlanta and its childhood roots. The first two sneakers are in collaboration with the famous slushie drink company ICEE – a drink that Young remembers having when he was finishing his basketball training as a child. It also serves as an ironic nod to his nickname “Ice Trae”. The other two pay homage to Jermaine Dupri’s SO SO DEF records and Peachtree Streets running parallel to the heart of the city.

All sneakers in the Young line feature the N3XT L3V3L slip-on silhouette of the Three Stripes and feature a half-slipper construction for added support. BOOST cushioning in the heel, LIGHTSTRIKE midsole, and slip-on forefoot also provide superior comfort, while remaining rugged and responsive. The collaboration with adidas also includes clothing offerings, such as a zip-up sweater, pants and shorts. The clothing line Trae Young 1, “ICEE” and “ICEE Cotton Candy’s” will be launched via adidas October 1. The “SO SO DEF” and “SO SO DEF ATL’s” will be released on November 5th, as well as the “Peachtree shoes” to hit the market on November 19th.

HYPEBEAST spoke with Young ahead of the release to discuss his love for Atlanta and the symbolism in his adidas collection.

HYPEBEAST: All young hooper dreams of having their own signature shoe. Which ones did you rock while growing up?

Traé: When I was little, I remember the Kobe and playing in the D.Rose, the first. Dude, these were probably some of my favorites when I was a kid.

Kobe also had that frigid nature of going to any city and taking over in the fourth quarter. How does it feel to follow in his footsteps?

T: To be a signature shoe man, it’s an honor. Hopefully my shoes and the impact I have with my shoes is as big as Kobe’s. I’m not close to who he was or anything, but hopefully I’ll get to a level where my shoes have the same kind of impact they had on the next generation.

Can you talk about the symbolism embedded in the shoes?

T: Yes, a lot of my shoes all have different types of Atlanta connections. I think it’s fair to have it that way, especially since it’s my first shoe – playing here and they are showing me so much love. Having a collaboration with JD (Jermaine Dupri) was an honor.

How important is Atlanta to you, from the culture to the fans?

T: I mean the city means a lot to me. I try to represent it in the best possible way. I know that every time I step out of my house, I represent Atlanta in one way or another. I just have to keep making the city proud.

How was the working process with adidas?

T: Making a shoe is a long process. You have to be quiet for a long time, but it’s also a fun process. You bring your ideas to life and they bring them to life. Just like that.

Shoes are a nod to ICEE – What were your favorite flavors growing up?

Sneakers are so ingrained in NBA culture, where the choice of a shoe can say a lot about someone’s style and personality. How would you classify your own style?

T: I’m an ordinary guy, a guy who isn’t going to be too loud, especially with style but it’s going to be clean.

What have been your favorite NBA moments so far?

T: I had a lot of favorite moments, especially this last round of the playoffs. But no one in the world can say they gave Vince carter her last shot, so I think it’s always going to be something I can keep close to me. He’s played with so many people, he’s played so many years in the league. It’s probably one of my favorite moments.

Favorite piece of the clothing line?

T: Not one in particular, but I love the whole suit and the fit. From pants to shorts. I love the cut out hoodie.

When it comes to creating a basketball shoe, what do you think are the most important elements?