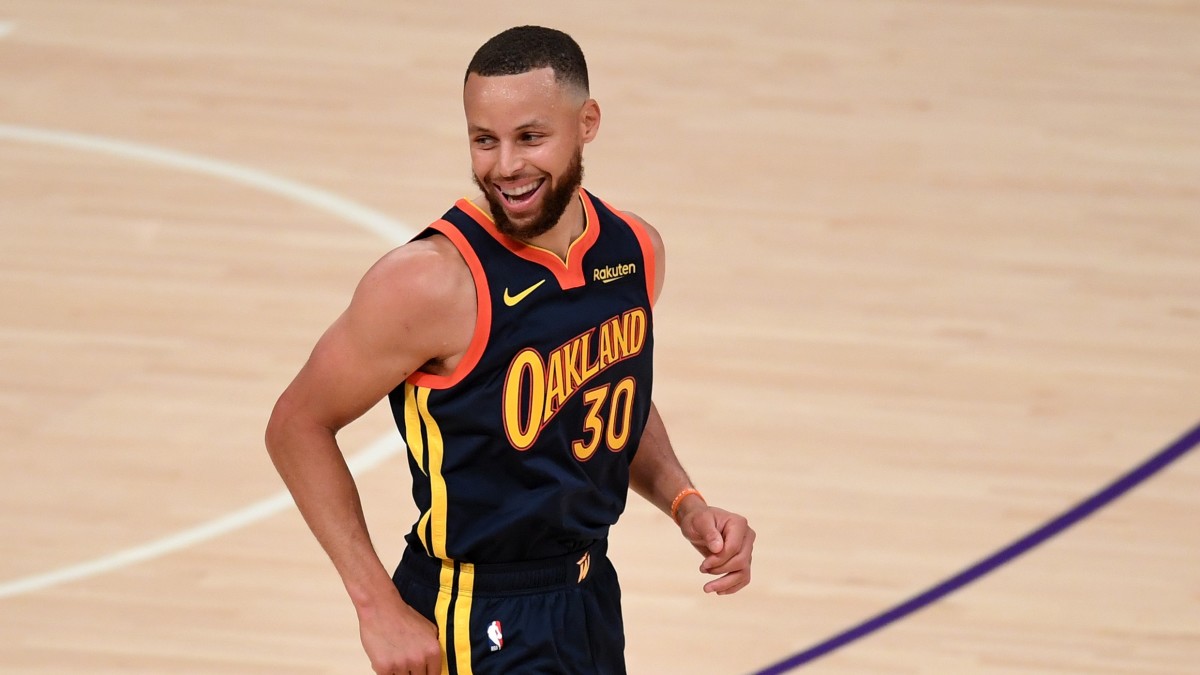 Stephen Curry and the Curry brand have officially unveiled their ninth signature sneaker, the Curry Flow 9.

He spoke to The Crossover about his collaboration with Sesame Street, helping to renovate New York’s iconic Rucker Park, interviewing Michael Jordan, being honored as one of the NBA’s top 75 players and more.

Sports Illustrated: You’ve reached nine iconic sneakers. How does it feel to reach that number?

Stephen Curry: It’s crazy when I think about it because being with Under Armor and now Curry Brand and everything that’s been going on in the last seven to eight years, it’s been an interesting journey. It has been amazing bringing branded products to market and having people join me. I learned a lot throughout the process. We are nine shoes and we are your number on design aspects, story lines, colourways, aesthetics and trying to keep pushing the limits. It’s pretty funny. And obviously with Curry Brand it’s even better so I’m hyped about that.

SI: You launched the Curry brand last December. Can you talk about the growth over this period?

SC: It’s cool. The SC signature line has been with Under Armor for years and we have a lot of equity in the game and the space. It is extremely difficult to keep innovating and improving year after year. To stand on the shoulders of this journey and launch the Curry brand last December and strike a balance in the mission of a driven brand that also makes performance-enhancing products, I think we’ve gotten the better of it. It’s crazy that it hasn’t even been a year. With the success of the Eighth Shoe, we’re trying to make an impact in Oakland, internationally and across the country. We put our flag in the ground on how we’re going to do things that are different and the impact that is going to be behind everything. It has been great to be able to listen to the community and to involve children more in sport, because I know how much it meant to me, my life and my journey. Plus, it’s just a matter of building the right team around the brand. This is the mission we are currently carrying out.

SI: What are some of your favorite design aspects about the Curry 9 Flow?

SC: It’s kind of a mix of the success of the new UA Flow technology that we’ve put into the Eight. And that was such a positive benefit to performance in the field – just comfort, traction and whatever it was designed for was 10 out of 10. Now looking at the nine and taking the best versions of that feed. and by adding UA warp in the upper, it has a different aesthetic and gives it more life. Stability and everything I need on the court, being locked in and having good cushioning under my feet. We brought this in the new. It’s a bit lower profile, but it weighs the same as the eight, and we didn’t stray too far from what worked, but rethought what the top looked like and the characters behind it’s there. that the new one differed.

SI: You unveiled the sneaker in collaboration with Sesame Street. How did this partnership come about?

SC: Everyone knows Sesame Street. You’ll be hard pressed to find someone who hasn’t watched an episode or who doesn’t know a character. The similarities in bringing fun and joy to everything we do are kind of the calling card. In Sesame Street, each of the characters are so unique and there is a diverse element about each of them that stands out. The colourways we have in the pack are pretty dope and leave some room for creativity to bring these characters into the world of basketball and reimagine how they would exist as hoops. It’s about spreading joy, positivity, inspiration, and uplifting people. This is what Sesame Street stands for and I can dig that and [being] being able to tell these stories with my shoes on is pretty silly.

SI: The Curry Brand is supporting the renovation of Rucker Park in Harlem. Why was it important to lend a hand?

SC: It was obviously an amazing opportunity to work with the NBPA and the whole community there. It’s just an opportunity to invest in basketball culture. We know how important Rucker Park is to the hoop vision – whether you’re just new to the game or you’re a hoop head, Rucker Park means something to the history of the game. improve the way he is able to serve the community there and hopefully get more kids interested in basketball. It’s not just about being able to support court renovation, but also the programming and resources that local leaders can leverage in their community in a more meaningful and impactful way. I am excited about this opportunity. It means a lot.

SI: KD dropped 66 to Rucker. Kobe did his thing. We need you to hit Rucker someday. How would you deal with the New York competition and this crowd?

SC: Hopefully we can find out sooner or later. Personally, I haven’t made an appearance there, but it’s a bit like a rite of passage. There might be a need to get out there. I would do well; I know that, but it’s a matter of getting out, that’s for sure.

SI: You’re trying to take my job. You interviewed Michael Jordan. You’re a full-fledged superstar, but does something like that always come to your mind, like, “Damn, am I really interviewing MJ?” ”

SC: 1000 percent. He still has that larger-than-life personality and presence and I don’t think they put him in the clip, but I think it’s crazy that I’m talking to the golf GOAT on a golf course, at the middle of Wisconsin, speaking of the Ryder Cup. Anytime you have something in common with him outside of basketball, like our love for golf and his competitive nature and that sort of thing, it was cool to hear his point of view. I wouldn’t say starstruck, but he still gives you that vibe like this, it’s MJ.

SI: The NBA will release the 75 best players in history next week. How does it feel to be honored? Are rankings and stuff like that important to you?

SC: Just be honored, in general. The 50 list came out 25 years ago and you think of the names on that list. You think of those guys who are gone and retired in the last 25 years, you see these names on the list and obviously we’re competitive and our egos are like “I should be higher”, but you have to take a step back and recognize that this is an incredible accomplishment when you think of 75 years in the league, and that the best of the best in the world will just be on this list. It would be a huge honor. The motivation is that I always feel like I have a lot of things left in the tank to keep moving up the ranks and keep doing amazing things on and off the pitch. Just staying in the present moment and enjoying that and still being hungry for more is a pretty cool position. I don’t want to have this vibe like I’m cool and done it all and just relax and my job is done. I never want that mentality.

SI: You need 142 three-pointers this season to top Ray Allen on the all-time three-point list. How special will this moment be for you?

SC: It will be a very emotional moment because I respect Ray and Reggie Miller so much in terms of how much they have widened my imagination on what it meant to shoot three-way and have reach and have that be a huge part of my game. I’ve talked to Reggie about this since I passed him last year and I’m getting closer to Ray. I remember the time he called the game when Ray broke his record and I think it was 10 years ago, and I got goosebumps watching him. It’s crazy that I’m going to have the opportunity to have this moment to myself and be at the top of the list where only two other guys in the world know what it feels like. I’m hungry and motivated to make it happen and it will be a special time.