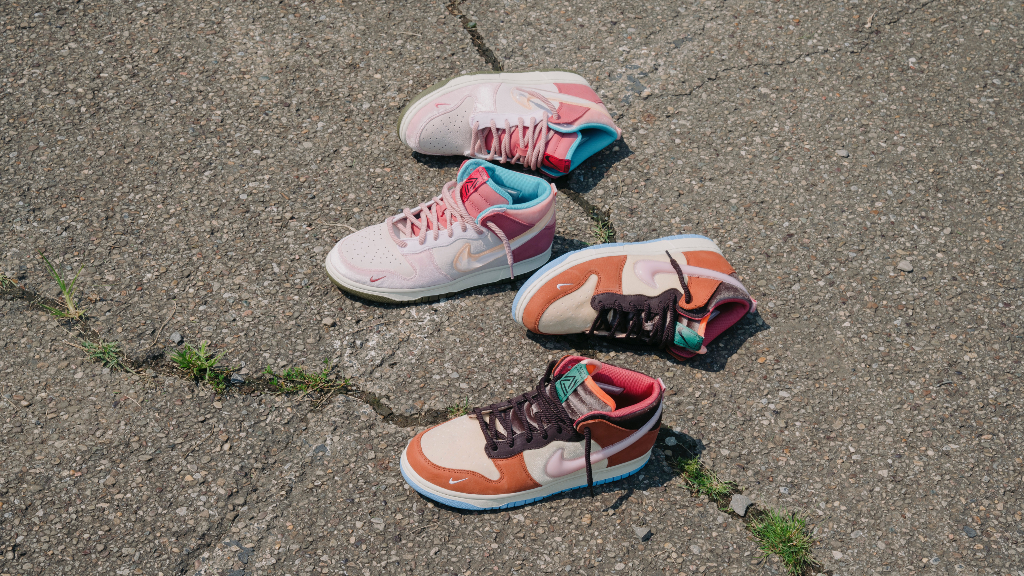 This week, the boutique and sportswear giant unveiled a first glimpse of its next two Dunks. Called Dunks Social Status x Nike “Free Lunch” – the silhouettes are inspired by the importance of free summer meal programs that underserved families rely on.

To bring the sneakers to life, Social Status and Nike designed the shoes to look like milk cartons with playful pastel colourways. The shoes feature a sleek oilcloth and are finished with velvet accents and corduroy details.

Further flaunting the milk theme, one silhouette features chocolate and rust hues while the other shoe is covered in a pale pink hue with ivory trims – similar to a carton of strawberry milk.

The silhouettes are expected to be released this fall on socialstatuspgh.com. The exact release date and size have yet to be revealed.

As buyers wait for the new debut, there’s another Nike Dunk on the way – and its drop this month.

Nike has also confirmed that the Nike Dunk Low “Light Soft Pink” will launch on July 31 with a price tag of $ 100. The next iteration of the low model features premium leather construction on the upper and sports a rose-based color scheme combined with light green stacked panels and purple-colored Swoosh branding on the sides.

The Nike Dunk debuted in 1985 and was originally designed as a performance basketball shoe, but over the years the shoes have become a popular lifestyle option among sneaker fans.